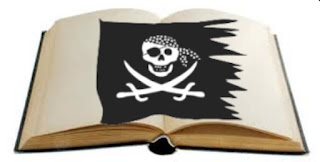 Naïveté they name is Bill.  DMCA or THE DIGITAL MILLENNIUM COPYRIGHT ACT OF 1998, supposedly protects copyrighted works of any type of media.   In my case, I received Google Alerts on some of my books being offered as part of a media service company.   These companies claim to offer unlimited media content for a monthly fee.   They also claim NOT to host pirated media.  This is blatantly false as I have not given permission to anyone "give away" my content.  I guess I should be flattered that my work is successful enough to be pirated but I'm not!

My recourse is to file a DMCA Request for the site to cease and desist offering my books on their site.  On one site it took two weeks of emailing but the link was finally shut down.   The time wasted defending your work, takes away from creating new work.   I am my legal department, I don't have a staff, if someone needs to file a DMCA, the someone is me.   I HATE wasting time.

My blood, sweat and tears (hmm is that violating a copyright?) go into my work and I try hard to write stories that might help someone.  May I humbly suggest that if you see my work being given away or sold as part of some media service that you boycott that service and express your displeasure over their pirating.  Oh, and let me know too as I will then, sigh, write another DMCA Request.

This book may have been received free of charge from a publisher or a publicist. That will NEVER have a bearing on my recommendations.
Posted by wbentrim at 11:34 AM No comments:

The Hunting Trip: A Novel of Love and War By William E. Butterworth III 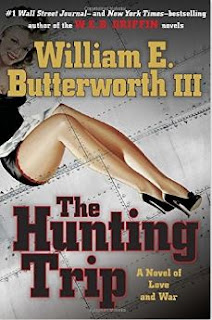 W.E.B. Griffin is William E. Butterworth III, I think, maybe or maybe it is another pseudonym, who really knows.   This book is style wise like one of the many, many military fiction novels written by the author.   This is more humorous than most of the previous works that I have read by this author.  Rural high society is kind of the focus but it really is centered on an author, Philip W. Williams III, who depicts his military career in detail.

Butterworth does have a flair for humor and revels in sarcastic and scandalous depictions of the U.S. Military, Ivy League edifices and the wealthy.    The story is primarily about Phil's growth from youthful indiscretions to adult indiscretions.   Wealth, education and military life are the focus of most of the humor but the institution of marriage does not escape the barbed but silver tongue of both Philip and Butterworth.

BTW having shot skeet, Philip deserves accolades for his marksmanship.

This was an amusing book in which Butterworth confirmed my own status as a writer as he defines one who has written, published and sold a book or two.   I also garnered some tax advice from the book which due to it's satirical underpinnings, I will thoroughly research before using. 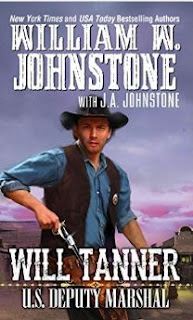 I used to avoid western novels.   Then I read Gary Stuart's Ten Shoes Up and The Valles Caldera.     It is a veritable rarity to enjoy eating your words.   Now the two Johnstones are once again making me realize that a good story teller can tell their story in any setting.   Will Tanner is a good example of a fine story that just happens to be set in the West.

The story is populated by interesting characters and highlights some of the brutality of the ole' West starting with the death of Jim Hightower and through Fletcher's.    It is a good story and a good read.

Will Tanner grows into a man to be reckoned with!

This book may have been received free of charge from a publisher or a publicist. That will NEVER have a bearing on my recommendations.
Posted by wbentrim at 2:49 PM No comments:

Auntie Poldi and the Sicilian Lions by Mario Giordano 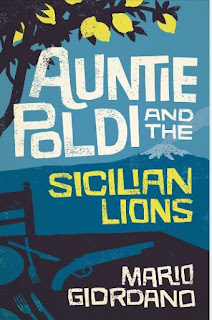 This is a tale of a middle age woman going through a personal crisis, struggling to maintain her youth and ideals and happy to share he opinions on all facets of life with even reluctant listeners.

Auntie Poldi moves to after the death of her beloved husband.   Buying a house overlooking he sea she becomes an eccentric part of the community.   The disappearance of her handyman leads her to romance and intrigue.

The book has it's moments when it is amusing but style wise it appeared to plod along with minutia overwhelming it's plot.  It is colorful and populated with interesting characters but it never really captured my interest.  It was translated from Italian and there may be cultural nuances that I missed.

This book may have been received free of charge from a publisher or a publicist. That will NEVER have a bearing on my recommendations.
Posted by wbentrim at 1:30 AM No comments:

I Am Princess X by Cherie Priest 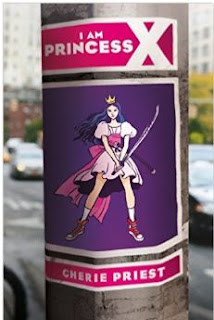 This is the first book from Cherie Priest I have read.   I will be reading more!  This is a story of a lost friend, grief, a refusal to accept and redemption.   The characters are memorable and well crafted.

Two childhood friends find themselves separated by tragedy.   May is a product of a divorce and grief.  The author shows an awareness of the current state of the American family with split homes that are often hours apart.   May is learning about herself and her parents and discovering that things are seldom black and white.

Jackdaw demonstrates tolerance and growth, going from a lost soul to a keeper of confidences and a defender of the down trodden.

Trick is a perfect example of a little knowledge is dangerous.   It is sometimes hard to remember that as good as you perceive yourself to be, there is often someone who is better.

The author incorporated current technology and the teen dependency on said tech.   Priest did not preach nor did she pontificate, she merely told a story with an consumate accuracy and understanding of teens.

This is an excellent book, YA or otherwise.  I will be saving this for my grand daughter to get slightly older.

This book may have been received free of charge from a publisher or a publicist. That will NEVER have a bearing on my recommendations.
Posted by wbentrim at 1:56 PM No comments:

The Magus Covenant by Toni Pike 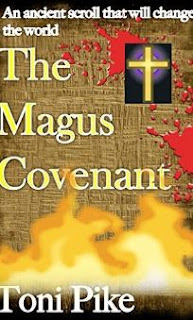 Shades of Dan Brown this is a religious conspiracy theory novel.   An unsuspecting Anglican priest and scholar is thrust into situations that test his faith and physical rigor.   The Magus Covenant is a threat to the Catholic church and some of the churches members and clergy use despicable means to contain the threat.

Jotham Fletcher is still struggling with the grief of losing his wife and child in an auto accident.   Asked to speak about his research into Simon Magus or Simon the Magician, who was a contemporary of Christ's disciples, he makes the trip from at the behest of Antonella Pavoni, a fellow scholar.

Shortly after his arrival, Jotham is accused of murder, kidnapped by a rogue church group, saved by a billionaire and followed by a fanatic.   The action takes place across and includes a bilious Cabrini captain and his unhappy assistant.

The book was entertaining but stretched the imagination to accept that a simple Anglican priest would have the wherewithal and stamina to survive his travails.