Garden of Beasts by Jeffery Deaver 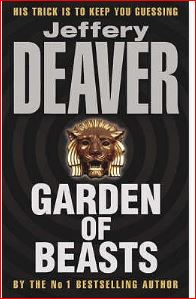 This takes place in 1936 and the divisive climate in Germany is frighteningly similar to our current political climate.   A group in Washington decides to interfere with Germany’s rearmament by assassinating the architect of rearmament.   They chose a Veteran who served in WWI and came home and became a button man.

Paul Schumann speaks fluent German and has a modicum of self-loathing.   He feels that he only kills people who deserve it such as mobsters, however he isn’t thrilled with his occupation.   Cut by the Feds he is given a choice to become their black ops man or go to prison.

Paul chooses to go to Germany and assassinate Rhinehart Ernst, the man most effective in the German rearmament program.

Once in Germany, Paul is mortified to see the behavior of the Nazis.   His assignment becomes complicated.

In the end Paul finds himself and starts a new life or does he?
Lots of interesting history and color with violence and action.
I enjoyed the book.

This book may have been received free of charge from a publisher or a publicist. That will NEVER have a bearing on my recommendations.
Posted by wbentrim at 2:58 PM No comments: 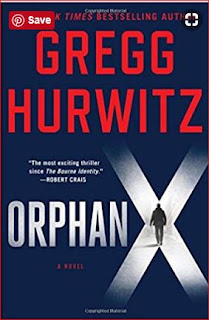 Evan is a killer.   He was trained by the government to be a killer and he is very good at what he does.  Evan has gone off the rails and now is seeking his personal redemption by being a hit man for good.

A hit man for good sounds contradictory but Evan works at righting wrongs and a personal level as opposed to a government level.   People who have nowhere to turn can turn to the Nowhere Man for help.

A secret government program made Evan Smoak the weapon they had hoped for with results they never anticipated.   The story is packed full of action and intrigue.   Evan Smoak is right up there with Dewey Andreas and Jack Reacher.

I really enjoyed the book and highly recommend it.

This book may have been received free of charge from a publisher or a publicist. That will NEVER have a bearing on my recommendations.
Posted by wbentrim at 10:17 AM No comments:

A People's Guide to Publishing by Joe Biel 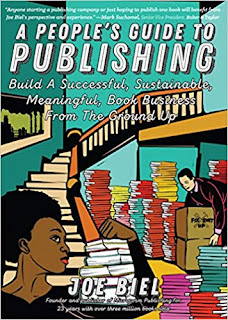 This was an interesting perspective on publishing.   I am a minuscule publisher, not even up to small stature.  I am a self-published author and thus am a publisher in the looses sense of the word.  I have published books for others.   They provide me with their text and I see that it is formatted, laid out, illustrated and published.   So this book, although dealing with publisher dramatically larger and more successful than I am, resonated with me.

It provides some strategies that will help a self-publisher.  For me, it just provided food for thought.

This book may have been received free of charge from a publisher or a publicist. That will NEVER have a bearing on my recommendations.
Posted by wbentrim at 10:54 AM No comments: 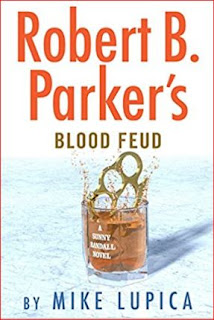 I have to say the author has really captured the spirit of Robert Parker. The syntax and the delivery are so familiar and welcome. This book is another Sunny Randall book and the interplay and the characters are almost historic in nature. Sonny's ex-husband’s family draws her in to a mob feud.

I'm guessing that many of the people or perhaps most are Robert Parker friend fans and consequently a lot of the humor will be picked up. I think it might be missed by the first time reader but there is a lot of humor in the book. It's particularly poignant considering the murder just this week of Whitey Bolger in prison. Kind of brings the Irish mob in Boston to the front of the newspapers again.

This was a good book and I give it   my recommendation.,

This book may have been received free of charge from a publisher or a publicist. That will NEVER have a bearing on my recommendations.
Posted by wbentrim at 6:46 PM No comments: 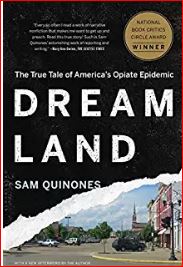 This is a non-fiction tale of America’s Opiate epidemic.  To say this book was depressing would be truly understating the emotion.   The book details how big pharma and criminal drug dealers brought about the epidemic.  Frankly big pharma was more criminal than the drug dealers.   What I got from the book was that the root of the problem was not the opiates but societal changes that led to the epidemic.


Greed on the part of society and specifically big pharma were factors that led to a general miasma of our society.   Outsourcing of jobs, forgetting about community and social issues has led to a downward slide of ambition and motivation.   Communities that lost their industry found former solid citizens living on the dole just to keep on living.  When you feel you have no future and no options, despair sets in and despair leads to seeking relief of any kind.  The relief came from pill mills distributing addictive drugs that provided a taste of oblivion.

The fact that many of the new addicts were no longer inner-city minorities but were former productive workers and the children of the suburbs made the country sit up and notice the problem.
Dreamland was a symbol of a community and its demise.  The physical community continued by the sense of community disappeared.

Years ago as a guidance counselor I ran seminars for volunteers to deal with kids on drugs.   The person I replaced had been a pharmacist who focused on the drugs as opposed to the reason for the drugs.   My focus was why.   Why a 16-year-old girl from a good family was turning tricks to support her speed and the heroin she used to come down from speed.   It wasn’t the drugs it was the despair the person felt that led to seeking relief in oblivion.  That was in the 1970’s.   Today, many homes have some kind of legal opiate in their medicine cabinet.   The ease of access and the addictive aspect of opiates provide the fuel for our opiate epidemic.

Until we deal with the feelings of despair, the lack of hope, the inability to provide the basics of life, people will seek something to drown their feeling and provide oblivion.

This book was depressing and valuable, it shows that steps are being taken but the road to success is long.

This book may have been received free of charge from a publisher or a publicist. That will NEVER have a bearing on my recommendations.
Posted by wbentrim at 12:59 PM No comments: 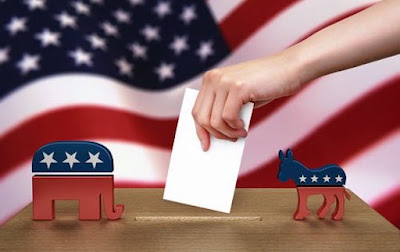 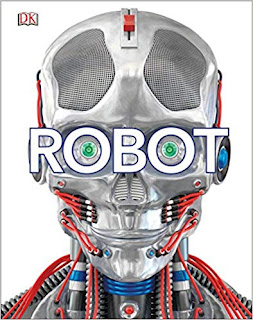 This is the best book for kids I have seen in a long time.  It may not be everything  you wanted to know about robots but it should be close.  The illustrations as dynamic and captivating.   The concepts are explained in a clear and concise manner.  This book would be an excellent gift for any technically interested child or even an adult.

This book may have been received free of charge from a publisher or a publicist. That will NEVER have a bearing on my recommendations.
Posted by wbentrim at 2:20 PM No comments: