Deliver Us From Evil by David Baldacci 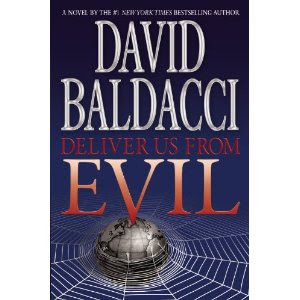 Monsters are all the rage. Baldacci shows us that supernatural monsters aren’t really the scariest ones. This book tracks monster hunters. Two different groups of monster hunters run into each other while chasing the same mass murderer.

Baldacci is a master of character development. He does a superb job in depth colorizing of his protagonists. Shaw and Reggie play for different teams but have very similar goals. The discovery process in their relationship is tenuous but grows as the book progresses. Typically Baldacii has plenty of violence and action and this book is not stranger to either. My only complaint was what I saw as a breakdown of characterization on a specific protagonist late in the book. That character went into action without the forethought that was exhibited by the same character earlier in the book. Sometimes writing these things without spoiling the plot is difficult. You may not even notice what bothered me.

I recommend the book .
Body of work of David Baldacci