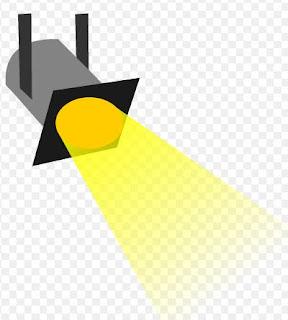 “Gracefully told.”—Library Journal on The Etruscans

"An exciting and impeccably thought-out fantasy."—Booklist on The Magician
New York, NY—Tor Books, an imprint of Tom Doherty Associates, LLC, is thrilled to announce the on-sale availability of MIRROR IMAGE (August 23, 2016), a terrifying tale about a mirror that feeds on human souls and wreaks destruction on those around it, by internationally bestselling adult and YA author Michael Scott (The Secrets of the Immortal Nicholas Flamel) and entertainment writer Melanie Ruth Rose. This heart-pounding novel is sure to haunt readers long after they reach the final page!

In an auction house in London, there is a mirror no one will buy. Standing seven feet tall and reaching four feet across, its size makes it unusual. Its horrific powers make it extraordinary. For centuries, the mirror has fed off of the lives of humans, giving them agonizing deaths and sucking their souls into its hellish world.

When Jonathan Frazer, the wealthy owner of a furniture and antiques shop in Los Angeles, buys the mirror at an auction, he believes he is getting the bargain of a lifetime. With its age and size, it is easily worth eight times what he paid for it. At this point, the mirror has sat dormant for years. But within days of Jonathan's purchase, the deaths begin again. One employee is crushed when the mirror falls on top of him. A few days later, the corpse of another is found in front of the mirror, brutally stabbed. A third is burned beyond all recognition. All the while, an enormous man with a scarred face is following Jonathan, demanding that he give him the mirror and killing any police officer that gets in his way.

The police are becoming desperate. As the death toll rises, Jonathan himself becomes a suspect. He knows there is something wrong with the mirror. He knows it's dangerous. But he cannot bring himself to get rid of it. Every day he becomes more and more captivated by the mirror, for the mirror is awakening and its powers are resurfacing.

MICHAEL SCOTT is the New York Times bestselling author of more than one hundred books for both adults and young adults. He has written both fiction and nonfiction, his fiction being primarily of the fantasy, science fiction, and folklore genres. His work has been published in thirty-seven countries and translated into twenty languages. Visit him online at dillonscott.com
.

MELANIE RUTH ROSE has worked extensively in the entertainment industry throughout her career, completing numerous projects for the BBC, LWT and ITV, and appearing on the West End stage. Born and raised in England, Rose now lives in Los Angeles. MIRROR IMAGE is her first collaboration with Michael Scott.

Tor Books, an imprint of Tom Doherty Associates, LLC, was founded in 1980 and committed to quality speculative literature. Between an extensive hardcover, trade softcover and mass market paperback line, a growing middle grade and YA list, and robust backlist program, Tor annually publishes what is arguably the largest and most diverse line of science fiction and fantasy produced by a single English-language publisher. Books from Tor have won every major award in the SF and fantasy fields, including Best Publisher in the Locus Poll for 28 years in a row. Tor became the first of the “Big Six” publishers to allow their eBooks to go DRM-free in 2012.

Macmillan Publishers is a global trade book publishing company with prominent imprints around the world. Macmillan publishes a broad range of award-winning books for children and adults in all categories and formats.

This book may have been received free of charge from a publisher or a publicist. That will NEVER have a bearing on my recommendations.
Posted by wbentrim at 4:00 AM