The Syrian Virgin by Zack Love 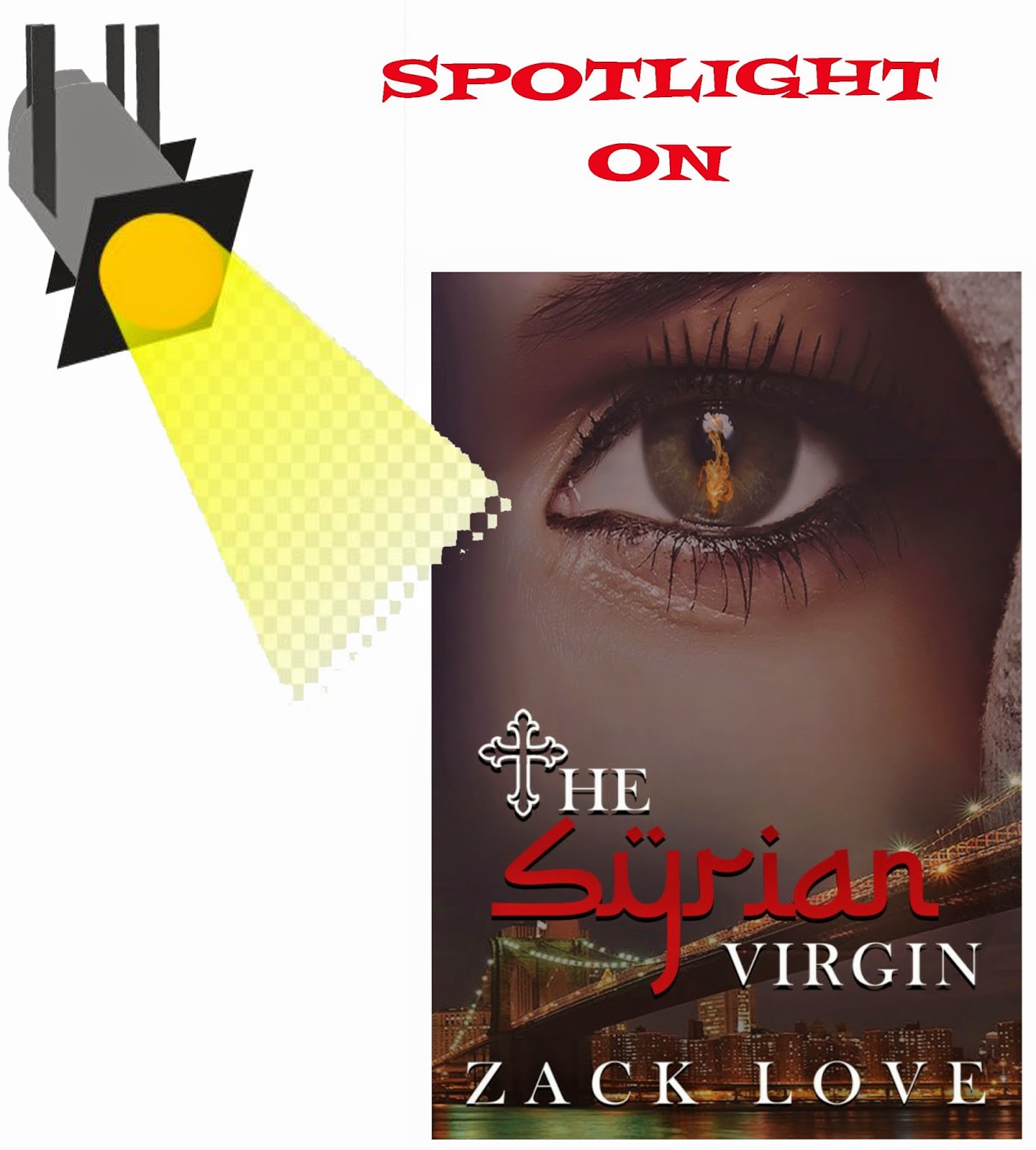 Zack Love approaches literature as I approach a bakery.  He seems to want to have one of everything.   He has published an eBook, a short story, a paperback, a novelette, a screenplay, a collection and a comedy.   Luckily he writes rather than frequents bakeries because he would be enormous.  I'm showcasing his book The Syrian Virgin and suggest you check it out.

Moved by headlines about the tragedy in and the threat of , Zack wondered how these developments might feel from the perspective of a Syrian refugee. Zack began to envision a young Syrian woman fleeing fear, violence, and tragic loss, and finding a new life in the . That’s how Anissa was born.

"Anissa is traumatized by the most brutal conflict of the 21st Century: the Syrian Civil War. In 2012, Islamists in terrorize a Syrian-Christian community and destroy everything that a young woman holds dear. Narrowly escaping death, Anissa restarts her devastated life as a college student in NY. She is bewildered and lost -- a virgin in every sense.

But despite her inexperience with men and life in the , Anissa is quickly drawn to two powerful individuals: Michael Kassab, the Syrian-American leader working to found the first Mideast Christian state, and Julien Morales, her professor who runs a $20 billion hedge fund.

Complicating matters, Michael is still attached to his ex-girlfriend and Julien is the most sought after bachelor in (and has hidden demons even his therapist can't extract). Anissa's heart and her communal ties pull her in different directions, as she seeks hope and renewal in a dark world.

LIFE shattered her. LOVE empowered her. "

This book may have been received free of charge from a publisher or a publicist. That will NEVER have a bearing on my recommendations.
Posted by wbentrim at 5:22 PM