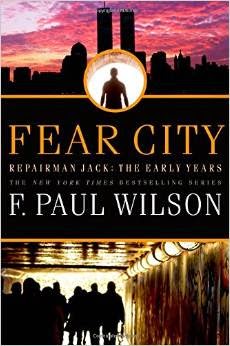 Jack becomes more jaded in this volume.  He discovers that he learned a very painful lesson from the Mikulskis in the very first book.   A mistake that he vows will never happen again.

This three book series provides you with the reason why Jack becomes a loner and documents the events that lead to his Quixotic behavior.  Jack is somewhat naive in this trilogy but you can see where he is going.   There is plenty of action and if you have an Old Testament attitude toward retribution you are going to devour this series.

Site:  http://www.siue.edu/~kcole/f.paul/index.html
This may or may not come up, I got some errors trying to access it.