A Time of Torment by John Connolly 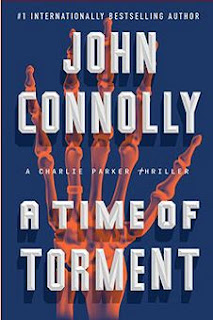 This book was good but could have used some back story.  It is clear that Charlie Parker, Angel and Louis are good guys who are "bad".   They appear to have had occult experiences in the past and have persevered.   This story introduces them to the Dead King and the Cut an area of ill repute in .

The people of the Cut are isolationists at best and criminally insane at worse.   They have come to an accommodations of sorts with their neighbors by avoiding deprivations in their own backyard.

Charlie Parker and his crew are private eyes of a sort.  I'm still not sure of what kind of sort.   The crew takes the case of a convicted and released child molester who claims he was framed.  The story takes off from there.

There are some pretty graphic references in the book so if you are faint of heart, you may want to skip it.  I thought the story line was a bit confusing as to the motivations of Parker and company but it was still a good read.

This book may have been received free of charge from a publisher or a publicist. That will NEVER have a bearing on my recommendations.
Posted by wbentrim at 1:00 AM