No Man's Land by David Baldacci 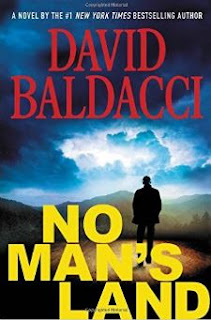 John Puller and brother Bobby are working together.  Apparently I missed a book where Bobby got out of prison.  I just downloaded The Escape, to remedy that.  I hate reading them out of order but sometimes it just happens.   General Puller's dementia enters into this plot as well as espionage and biotechnical enhancements.   An old murder and new attempts to solve it fuel the plot.

I read Baldacci's Christmas story so I know he can craft a book without action and mayhem.  BTW his Christmas book was excellent.   Anyway, this book has Veronica Knox, secret agent of some type, as John Puller's semi-love interest.  Paul Rodgers as a failed experiment and brother Bob on overwatch.

This book shows the power of the military industrial complex continues.   As we have seen in recent years, some of these companies get into hot water and are censured.  Then they are reincarnated as a different company and continue with what they were doing.  As an example, Blackwater now appears to be named rather innocuously Academi, and still engaged in behavior similar to their previous name.  Baldacci pulls this type of activity off of current events and plugs it into his compelling novel.

The marriage of technology and warfare is also noted by Baldacci.   Interestingly this week on the news there were snippets of drone and AI tech being demonstrated by our military.   Baldacci has the ability to craft a story that is frighteningly believable.