The Glittering World by Robert Levy 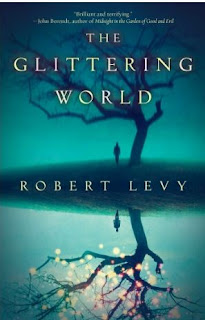 This was a strange book.  I read a great deal and this was one of the stranger books I have read.  A group of four go to Starling Cove to sell a legacy.   Blue's grandmother left him her home and he needs to sell it to get his financial head above water.  Starling Cove's bucolic appearance deludes the group into thinking it is a harmless vacation destination.  That is when the Grimm's fairy tale begins.

After devouring hundreds of fantasies that have had Fae of some sort or another in them, I was surprised to find a new depiction.   Levy has an imagination that would fit right into the Tales of the Crypt.   The book is divided into four sections, each of which is focused on one of the characters.   Blue, Jason, Elisa and Gabe are the characters.

A hippie compound of bygone years provides clues to other world entities sharing our world.  Secrets of the past seem to squirm into the present with unpleasant results.

Screech was mentioned and that was one of the few things familiar in the book.  Having partaken on Screech when in , I can testify that it can have otherworldly aspects.   One tale I was told at the time was that screech was the noise you make when you down your first shot of Screech.  My sound was more of a gasp and eye watering.

The book was well written but a wide audience may be difficult to cultivate as it is certainly a grim fairy tale.

This book may have been received free of charge from a publisher or a publicist. That will NEVER have a bearing on my recommendations.
Posted by wbentrim at 4:19 PM