Not a Drill by Lee Child, A Very Short Story 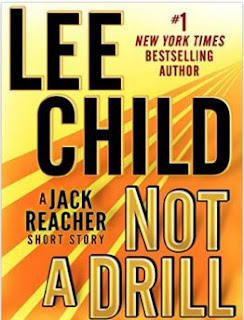 Reacher wants to get to the end of I95 for the same reason he goes anywhere, just to do it.   He meets up with some back packers and ends up in .  (I googled that to see if there really is such a place and there is!)

Something suspicious is going on Naismith which is the southern entrance to a wilderness trail in the book.   Reacher's new friends are not what they seem and Reacher's physicality is not tested in any way in this book.   Not one incident of head butting, which was disappointing.

The book ties very loosely to interrogation of terrorists and government black operations, loosely.   The story was not fleshed out and had a very unfinished feel.